Pianist leaves Malta on a high note after scooping €100,000 prize 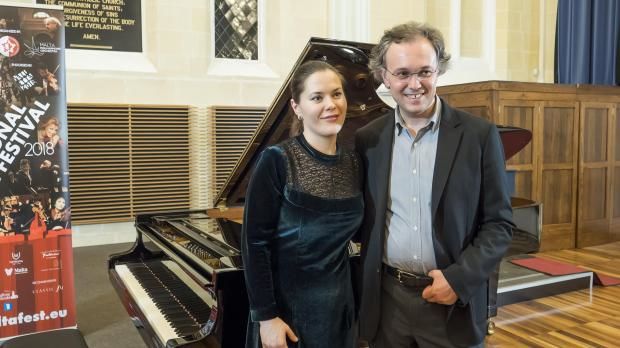 The trio performed alongside fellow finalists Hripsime Aghakaryan, 25, Ben Holzman, 19 and Gen Li, 27, who each won a €6,000 prize, in a special concerto round with the Armenian State Symphony Orchestra (ASSO) at Valletta's Republic Hall last Sunday.

Fighting back tears and with a look of utmost surprise, Ulaieva accepted her prize "with happiness in my heart." She will use the funds to continue her studies and to support local music making.

The competition was unusual in that it gave all six finalists the opportunity to perform full concertos with a professional symphony orchestra – and even more unusual that the concertos took place on the same day. The ASSO, conducted by artistic director Sergey Smbatyan, undertook the herculean task of supporting each finalist in the public performances that lasted from 2pm until 7pm. 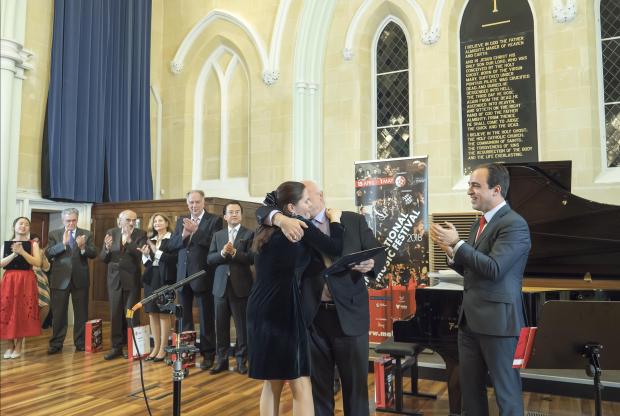 Both Li and Ota opted to play Prokofiev's third concerto, while Aghakaryan and Ulaieva plumped for Rachmaninov's second. Holzman tackled Chopin's first and Liu took the perennial favourite by Grieg.

More than 700 pianists from 74 different countries had applied to participate in the prestigious event, and the standard for the finals was extremely high. Elimination rounds had taken place in Moscow, Shanghai, Granada, Berlin, Brescia, Vienna, Tokyo and Cologne to whittle the number down to the 70 musicians who made it to Malta.

The competition honoured its home country with a special requirement that pianists performed work by Maltese composers including Karl Forini, Jes Grixti, Joseph Vella and Alexey Shor, who was the competition's composer-in-residence. There was an additional prize of €5,000 for the best performance of a Maltese composition that went to Liu.

The results of the competition were revealed after a colourful recital given by the Khachaturian Trio at Robert Sammut Hall in Floriana. The concert featured a premiere of a new cycle by Shor, who was in the audience.
After several hours of deliberation, the piano jury – chaired by Constantine Orbelian – made their announcements and the prizes were presented by Alan Chircop and Konstantin Ishkhanov from the European Foundation for Support of Culture, the organisation that runs both the festival and the competition.