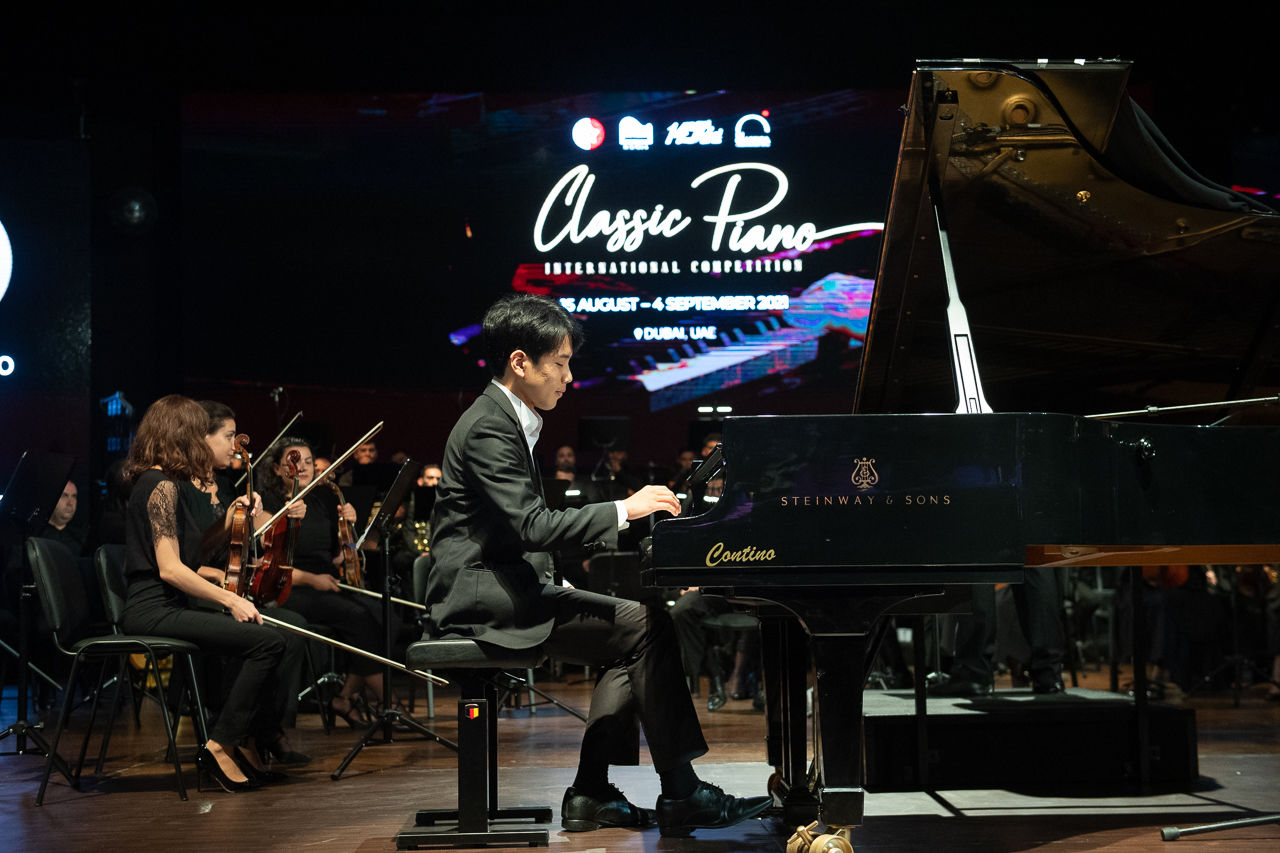 This month saw the opening of the hotly anticipated Classic Piano International Competition in Dubai, a joint venture between the Malta-based European Foundation for Support of Culture (EUFSC) and Dubai’s SAMIT Event Group.

The event welcomes numerous gifted young piano players from across the globe, all of whom have claimed victories in the EUFSC’s ‘14 Ways to Dubai’ competitions – a series of piano events in 14 cities around the world over the last two years which, aside from their significance as important competitions in their own right, have served as preliminary stages for the Classic Piano finals taking part in the United Arab Emirates this month. Classic Piano welcomes numerous distinguished pianists, composers, musicologists and pedagogues to serve on its prestigious panel of judges, and, aside from the prominent performance opportunity it offers to gifted pianists in the early stages of their career, is noteworthy for the record-breaking total prize fund of €300,000 available to those rewarded with one of the competition’s top places.

Few events in the world of classical music events attract as much attention, awe and respect as international piano competitions, initiatives which in their prestigious history have provided fertile ground for exposing budding talents, developing prodigious abilities and launching the careers of many now-famous performers. The latest such addition to this worldwide pantheon of events is the Classic Piano International Competition, this year marking its second edition after previously taking place in Malta in 2018. For this second incarnation of the project, the Music Hall at Dubai’s Jumeirah Zabeel Saray has been chosen to host the event, providing a stunning setting to match the prestigious nature of the competition.

Even more impressive is the esteemed jury that will this year judge the competition, bringing their considerable experience and expertise to bear as they face the difficult task of whittling down the number of highly accomplished participants to those worthy of selection for the event’s top prizes of €200,000, €50,000 and €25,000. Featured repertoire includes a variety of works by distinguished European composers, as well as a performance of Composer-in-Residence Alexey Shor’s Travel Notebook Piano Concerto in the third round of the event.

‘The point of any competition is to find future performers who can confidently enter the concert stage…I am amazed at the strong musicians in Classic Piano.’ – Pavel Gililov.

The event also welcomes to its jury the Head of the Piano Department at Chugye University for the Arts in Seoul, Hae-Young Kim (South Korea); Head of the Buchmann-Mehta School of Music in Tel Aviv, Tomer Lev (Israel); Winner of the ‘Prix Venice’ award, Giuliano Mazzoccante (Italy); First president of the Ancient Music Centre of Riga, Georgs Pelecis (Latvia); Prize-winner of the 10th International Fryderyk Chopin Piano Competition in Warsaw, Ewa Pobłocka (Poland); Rector of the Moscow Conservatory, Alexander Sokolov (Russia); Winner of the Chopin Competition in Israel and Enescu Competition in Bucharest, Arie Vardi (Israel); Top prize winner at the 1982 International Tchaikovsky Competition in Moscow, Vladimir Ovchinnikov (Russia), who, noting the event’s use of the ‘14 Ways to Dubai’ initiative as its selection procedure, said: ‘I have participated in many contests and this one is unusual in its strict selection because all participants first won in different cultural centres from all over the world.’

The judges are represented by First Prize winner at the International Composition Competition at the Hollybush Festival in New Jersey (1985), recipient of the City of Moscow Prize for Literature and the Arts (2011) and Dmitry Shostakovich Prize (2011), Chairman of the Jury Alexander Tchaikovsky (Russia).

"The jury is of the same opinion regarding this hefty group. The overall level of the participants is very strong and I am sure that the ending will be very interesting. Each of the competitors has a very individual personality and there are some very interesting musicians…this competition is serious.” — Alexander Tchiakovsky, Chairman of the Jury.

‘I’m pleased to announce that the first round of Classic Piano was a resounding success, and I am confident that we will continue to see more fantastic performances as the competition progresses.’– Konstantin Ishkhanov, President of the EUFSC.