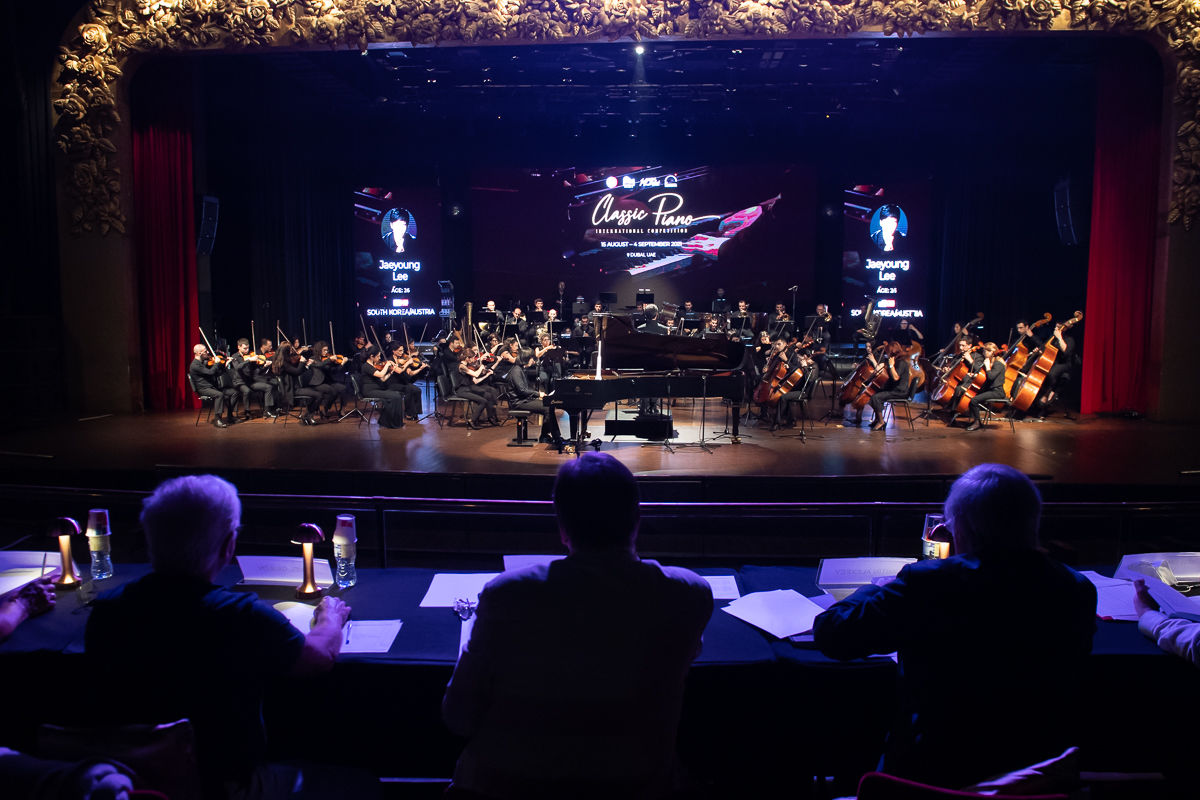 On Sunday 15th August, Dubai witnessed the launch of the highly anticipated Classic Piano International Competition, a prestigious and unique initiative which brings together participants from various countries around the world in a display of technical skill, musicality, fortitude and tenacity. This event in Dubai marks the end of a two-year project entitled ‘14 Ways to Dubai’, a diverse and innovative series of piano competitions in thirteen countries across the globe, which, aside from their roles as prominent competitions in their own right, have served as preliminary rounds for the final stage taking place in Dubai this summer. The event is organised by the Malta-based European Foundation for Support of Culture (EUFSC) and Dubai’s SAMIT Event Group, and will take place until 4th September.  This groundbreaking event in the UAE welcomes seventy participants from the preceding fourteen competitions held around the world, with cities including Hamburg, Vienna, Washington (USA), Shanghai, Tel Aviv, Tokyo, Rome, Zurich, Seoul, London, Antwerp, Berlin, Moscow and Yerevan represented in the competition’s earlier stages. Taking place in the Music Hall of the Jumeirah Zabeel Saray, situated on the West Crescent of Dubai's Palm Jumeirah, the Classic Piano International Competition will proceed across four rounds, with the fourth and final round being held from 2nd to 3rd September. The competition’s awards ceremony will take place on 4th September, with the event’s winner being awarded a first prize of €200,000. Those achieving second and third places will be awarded €50,000 and €25,000 respectively, with further prizes being presented to those in fourth through to eight places.  Classic Piano features a stellar jury of world-renowned performers and educators, including Dmitri Alexeev (UK), Michel Beroff (France), Jean-Jacques Cesbron (USA), Nikita Fitenko (Russia/USA), Pavel Gililov (Germany/Austria), Jan Jiracek von Arnim (Germany), Mikhail Khokhlov (Russia), Hae-Young Kim (South Korea), Tomer Lev (Israel), Giuliano Mazzoccante (Italy), Georgs Pelēcis (Latvia), Ewa Pobłocka (Poland), Vladimir Ovchinnikov (Russia), Alexander Sokolov (Russia), Arie Vardi (Israel), chairman Alexander Tchaikovsky (Russia) and celebrated Belgian pianist, Sergei Edelmann.   The competition features the inclusion of musical works written by a variety of distinguished European composers, including those by several contemporary Maltese contributors and the event’s resident composer, Alexey Shor. In addition, for the third and fourth rounds of Classic Piano, competitors will perform various piano concertos with the Armenian State Symphony Orchestra (ASSO), conducted by its Founder, Artistic Director and Chief Conductor, maestro Sergey Smbatyan. Since its formation in 2005, the ASSO has rapidly developed a reputation as a skillful and bold ensemble, and, led by its dynamic and visionary conductor, now occupies its position as Armenia’s leading symphonic orchestra. Sergey Smbatyan is a prominent conductor both in his home country of Armenia and on the international stage, and, in addition to his work with the Armenian State Symphony Orchestra, now enjoys an active and varied series of appearances as guest conductor for orchestras around the world.  Alexey Shor is a New York-based contemporary composer whose works have been performed extensively by some of the world’s most renowned and respected performers including Gautier Capuçon, David Aaron Carpenter, Stella Chen, Evgeny Kissin, Daniel Lozakovich, Andreas Ottensamer and Maxim Vengerov. His pieces have featured in the world’s most prestigious concert locations, including the Wiener Musikverein, Carnegie Hall, Mariinsky Theatre (St. Petersburg), the ​​Gasteig (Munich) and Wigmore Hall (London), and in 2018 the overture to his Crystal Palace ballet was performed at the 40th Gramophone Classical Music Awards Ceremony in London.  The event’s principal organiser — and the company behind the ‘14 Ways to Dubai’ initiative — the European Foundation for Support of Culture, is a Mediterranean-based entity which works to support and promote cultural activities in Europe, Asia, the Americas and the Middle East. Speaking of his excitement for the upcoming competition in Dubai, Konstantin Ishkhanov, the EUFSC’s President, said: “It gives me great pleasure to formally announce the opening of the Classic Piano Competition, an extraordinary event two years in the making which I’m sure will have a lasting and profound impact on the lives and careers of our valued participants. This competition represents the very best qualities of human endeavour, and I cannot wait to see how the competition develops throughout the final rounds of the competition in Dubai.”  In addition to Classic Piano, this summer also sees the EUFSC and SAMIT Event Group bring their famed InClassica International Festival and Middle East Classical Music Academy to Dubai, featuring a host of world-class performers, professors, orchestras and conductors.  The Classic Piano International Competition takes place from 15th August to 4th September. For full details, visit the official website.