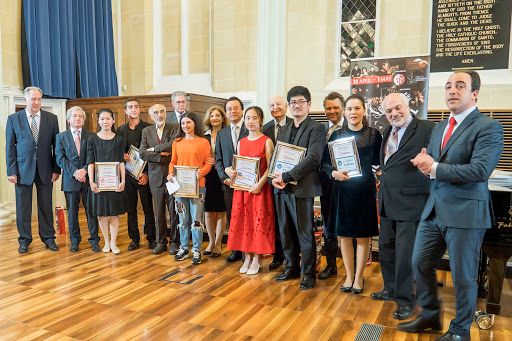 The Malta International Piano Competition 2018 organised by the European Foundation for Support of Culture (EUFSC) began on 16 April 2018 and was launched during a press conference held on the same day.

The European Foundation for Support of Culture is a non-profit organisation founded in Malta by Armenian entrepreneur and philanthropist, Konstantin Ishkhanov. Its aims are focused on initiating and promoting cultural and educational projects in Europe, the Eurasian continent, North and South America and Asia.

A key objective of the Foundation is to make our shared cultural heritage more accessible while encouraging and making available broad public access to the arts. In pursuance of this goal, every year the Foundation holds numerous festivals, competitions, exhibitions, conferences, presentations, master-classes, workshops, round-tables, concerts and other events seeking to support and promote culture, to inspire interest in various types of modern art and to support young talented musicians and gifted children.

Another important role that the Foundation plays is to highlight and promote Maltese composers, musicians, ensembles and orchestras. 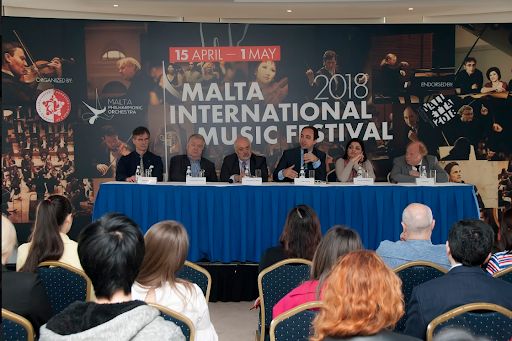 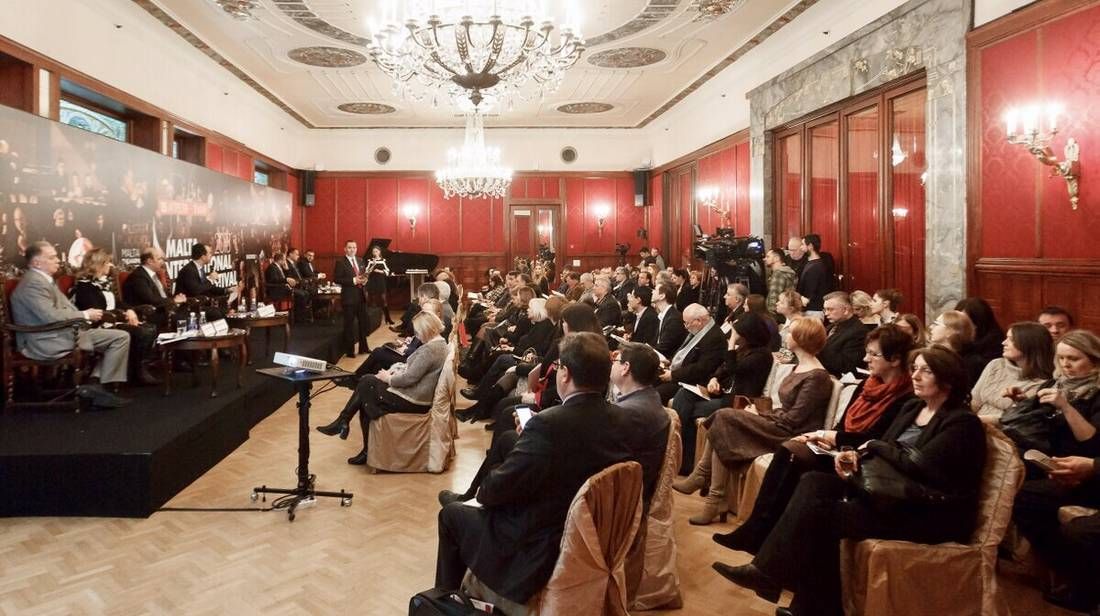 The Maltese competition was the final stage of a series of international competitions that preceded it. The “11 ways to Malta” International Piano Competition, which began in July 2017, included opening rounds in Russia (Moscow), China (Shanghai), Japan (Tokyo), Germany (Cologne and Berlin), Armenia (Yerevan), Italy (Brescia) Spain (Granada), Malta (Valletta), Kazakhstan (Astana), and Austria (Vienna). 730 youngsters from 74 different countries participated in the competition, with only the five top-ranked participants from each competition being selected for the final stage in Malta. With an overall prize fund of €200,000, (including €100,000 for the 1st prize) this made it, as Constantine Orbelian, Chairman of the jury explained during a press conference, the biggest piano competition world-wide, surpassing even the Leeds and the Tchaikovsky competitions. In a year that celebrated Valletta as the European Capital of Culture, it was particularly significant that in 2018 the final round was being held in Malta and that for those two weeks Malta would become a musical capital of the world. 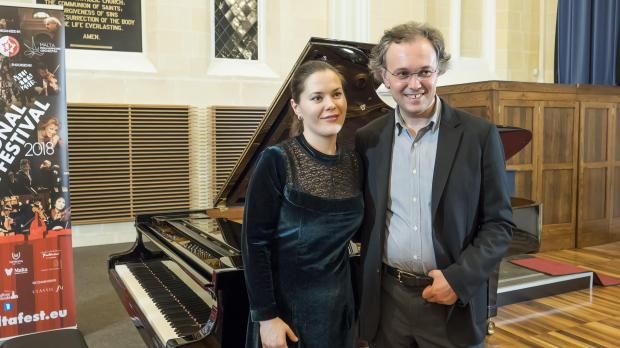 Requirements for participation were established well in advance and included both compulsory pieces by Maltese composers Alexey Shor and Joseph Vella, and pieces chosen by the participants themselves. The Malta round presented the highest performing candidates across the 11 different competitions, and consisted of three stages.

For the first stage 70 participants had to perform a 20-minute programme that included a piece by a Maltese composer. Forty of these participants moved forward to the second stage, where they performed a 50-minute programme which included one of three works by composer Alexey Shor, Composer-In-Residence for the festival 2018. The top six participants proceeded to the final round, performing a piano concerto with the orchestra. The orchestra accompanying the soloists was the Armenian State Symphony Orchestra conducted by Sergey Smbatyan that, as explained by Orchestral Manager, Anna Ter-Hovakimyan, proved a fascinating experience for the orchestra too in performing for a competition of such calibre. 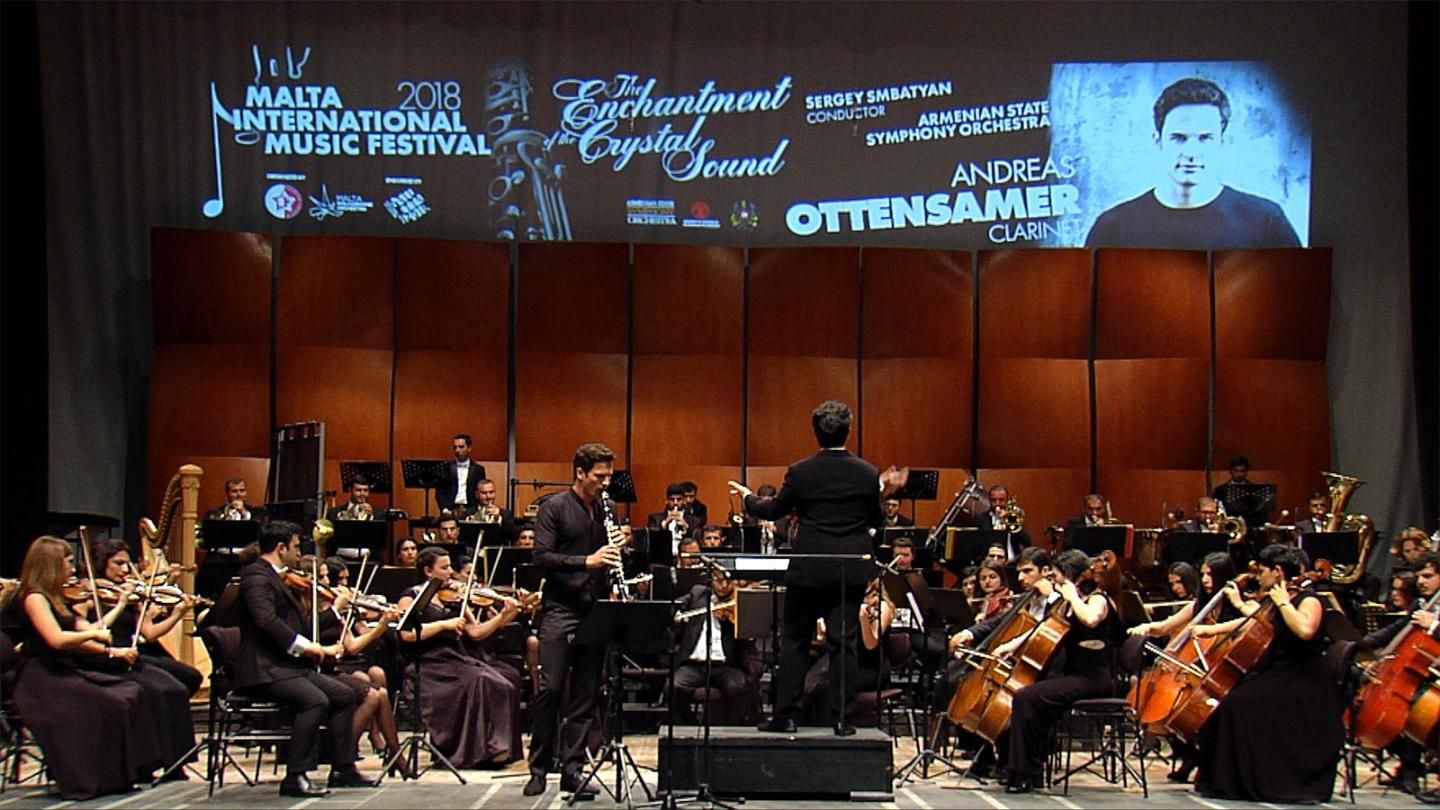 The first two stages of the competition were held at the Robert Samut Hall in Floriana with the final stage being held in Republic Hall at the Mediterranean Conference Centre. Three Steinway grand pianos for the performances and seven upright pianos for the purpose of practise had been specially brought over to Malta. The six finalists had only one rehearsal with the orchestra. Passing from one stage to the next depended on a marking scheme which graded participants according to the assessment of the jury.

Constantine Orbelian, who was in Malta in 2017 to conduct the Malta Philharmonic Orchestra and who has great experience judging competitions, explained that there were two jury panels, one for the round one and a second one for rounds two and three. All members of both panels were international experts. 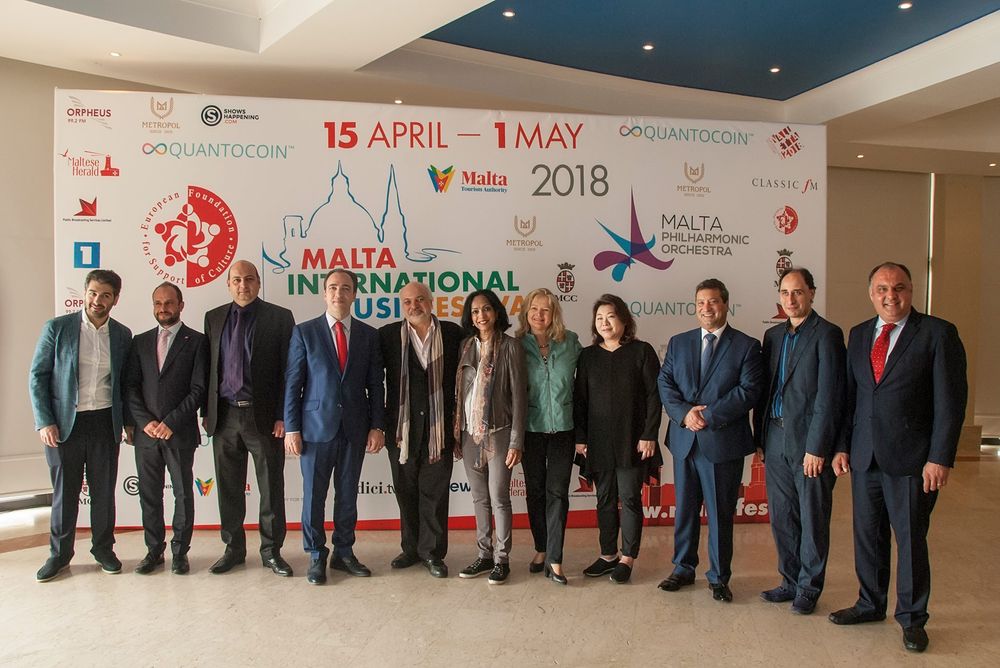 Georg Friedrich Schenck, the famous pianist and member of the jury, notes that one of the most important characteristics in a piano performance is the ability of the performer to project the sound of the piano effectively in communicating their musical intentions to the audience. This is of course a complex discussion and subjective, and one that arguably made the task of the jury a difficult one. However, the jury agreed that the final result should in no way be viewed as a career ‘death sentence’ for those not selected as winners, citing numerous examples of extremely talented competitors who were not selected as winners on this occasion. The purpose of this competition is to promote and showcase musicianship, and to serve as a platform and opportunity for every participant. Taking place over a week, these last three rounds of the competition also served to test the capability of the participants in dealing with the subsequent pressure.

Anna Ulaieva (Ukraine/Austria) was awarded first place in the competition, for which she received the grand prize money of €100,000. Second prize (€50,000) was awarded to Shion Ota from Japan, the third prize (€25,000) and a special award for the Best Performance of Music by a Maltese Composer (€5,000) were given to Yongqui Liu from China. Fourth place was secured by Gen Li (China/United Kingdom), fifth place was awarded to Ben Holzman (Israel) and the sixth place went to Hripsime Aghakaryan (Armenia). These last three participants received €6,000 each. 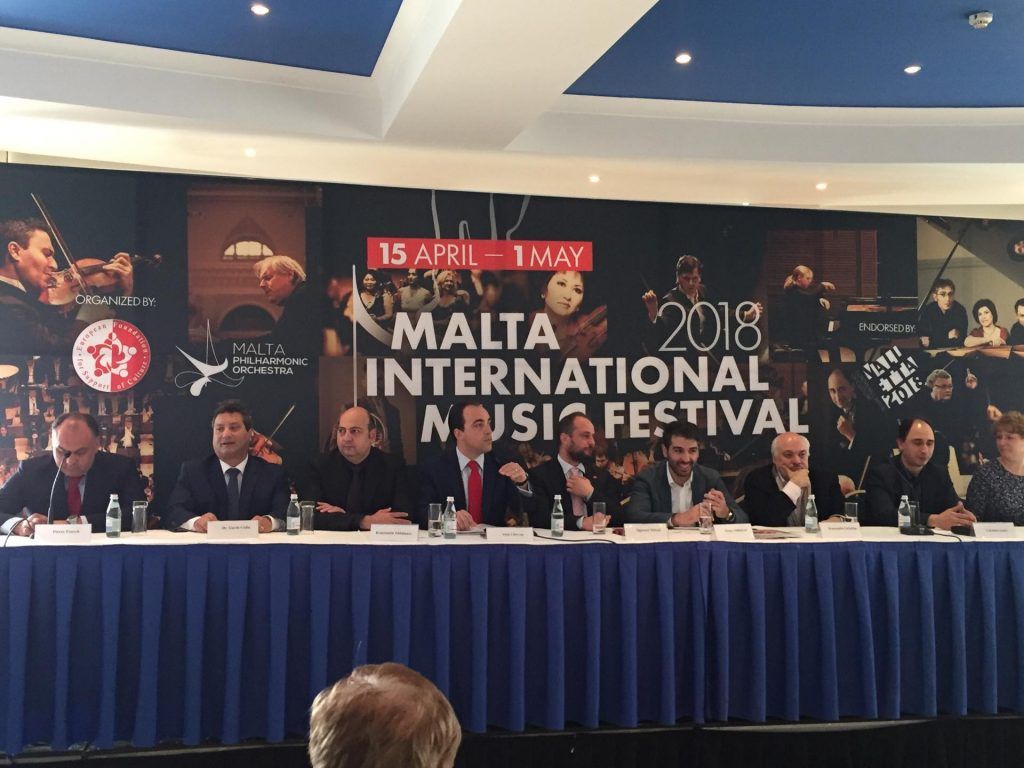 “It was so nice to see how the finalists were supporting each other during the competition", – stressed Chircop, the Artistic Director of the European Foundation for Support of Culture, during a press conference devoted to the results of the festival. “This was a real union of young musicians who had made this long journey. I would like to remind everyone; eleven competitions were held during the whole year and then two rounds and the finals of the culminating competition took place in Malta. We are very glad that we were able to create this opportunity for young musicians to try their hand at our large-scale music contest; and this has obviously changed the life of at least six finalists”.

More about the winner: Anna Ulaieva is herself now a sought-after jury member at numerous international music competitions, most recently at competitions in Serbia and Ukraine. She is a lecturer at the University of Music and Performing Arts Graz, where she leads the highly gifted and preparation piano classes. She also teaches masterclasses in Austria, Portugal and Ukraine. A special concern of Anna’s is the advancement of highly gifted children and juveniles. In order to address this, she founded her own educational project, also acting as its Artistic Director. Anna also pursues an active and extensive concert career. 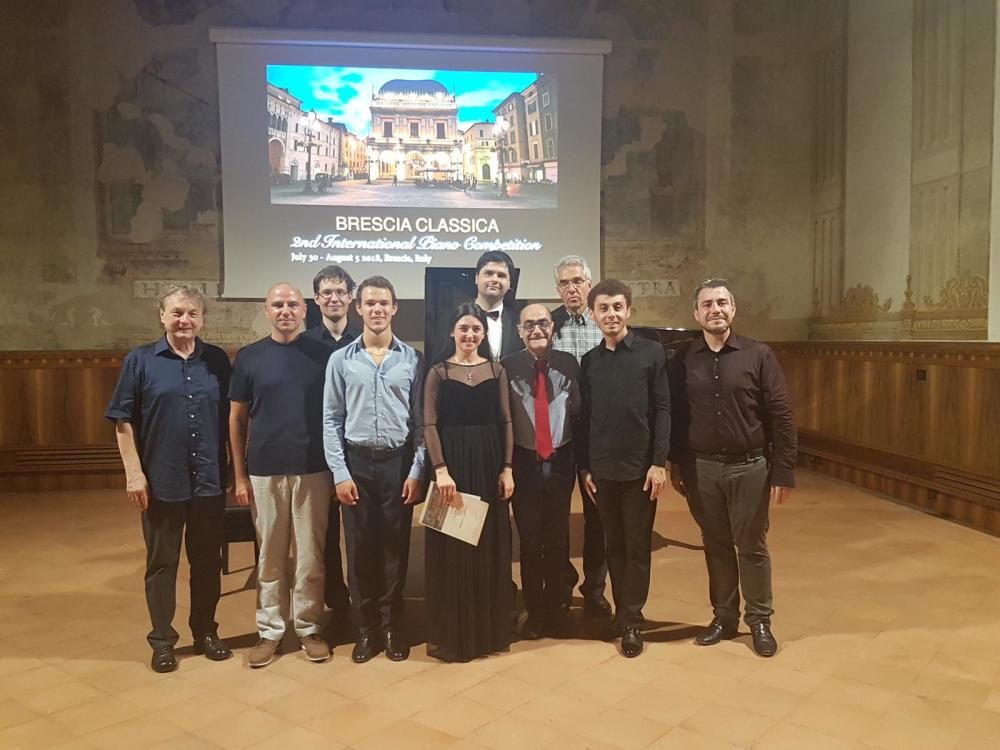 Alan Chircop said also that the Foundation follows the development of all participants, not just prize-winners, and that aside from the concert opportunities awarded to prize-winners it also provides performance opportunities for other participants. There have in fact been several instances of agencies inviting participants to perform, and indeed, one leading music agent was present on the judging panel for the second and third rounds of the competition. The Foundation also holds junior competitions, notable for often acting as a precursor to participants competing in the senior competitions later in their career development.