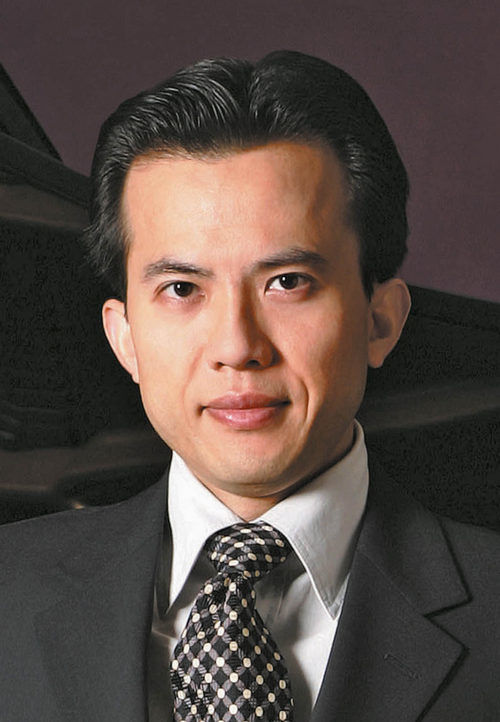 Zhe Tang is one of the leading pianists and pedagogues of his generation in China. Graduated from the Eastman School of Music where he studied with Barry Snyder, he was chosen as the winner of the Adele Marcus Foundation Grant and the Liberace Foundation Grant, which enabled him to perform extensively in the United States. As a Steinway Artist, Mr. Tang’s performances with the China Philharmonic Orchestra and the Shanghai Symphony were broadcast by the Chinese Central Television and Radio reaching approximately 900 million people. He also gave the American premiere performance of the Concerto No. 2 for Piano and Viola by Alexander Tchaikowsky. He has presented recitals, concerts and master classes in over 30 countries.

Mr. Tang is on the faculty of Shanghai Conservatory of Music and is one of the youngest Professor of Piano in China. He has also been appointed as the Vice Dean of Shanghai Conservatory of Music, Director of Teaching and Research for the Piano Department, Chairman of the Piano Department for the Middle School Affiliated to the Shanghai Conservatory of Music, Chairman of Shanghai Professional Pianists’ Society, Artistic Director of Shanghai Spring International Piano E-Competition, and Artistic Director of Shanghai International Piano Festival & Institute, among others. He is a frequent adjudicator of piano competitions, served on the jury in all the major Chinese national competitions and in Spain, Italy, Germany, Malta, UK, Romania, Serbia, Singapore, Japan, as well as Gina Bachauer and Cleveland competitions in the United States. He was given the “Grand Award for Excellence in Teaching” by the Chinese government and was featured on the cover of “Piano Artistry”，the most important piano magazine in China.