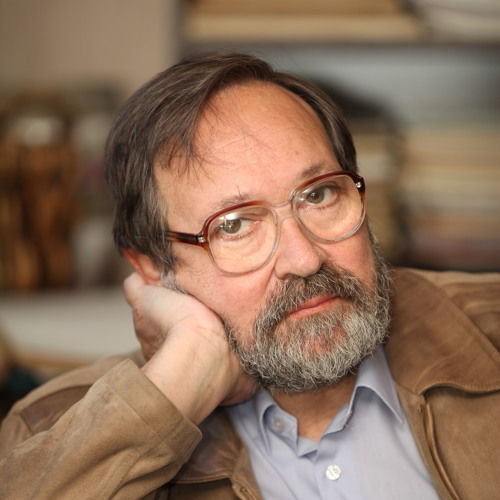 Professor Georgs Pelēcis is one of the well-known Latvian composers and musical scholars. He was born on June 18th, 1947 in Riga. He graduated the Pyotr Tchaikovsky State Conservatory in Moscow in Aram Khachaturian's composition class in 1970, and in 1977 he finished the music theory post-graduate course with Vladimir Protopopov. As of 1970, he has been a lecturer in the Music Theory Department at the then Latvian State Conservatory, now the Latvian Academy of Music. In 1990 he was elected to the stature of a professor. His main disciplines are counterpoint and fugue.

Georgs Pelēcis's work in the field of musicology is noteworthy. In 1981 he defended his science of art candidate (now doctorate of art) dissertation THE MUSICAL FORMS OF JEAN DE OCKEGHEM AND TRADITIONS OF THE NETHERLANDS POLYPHONIC SCHOOL. In the specific sphere of counterpoint he has been involved in more than 30 scientific works  -  both in Western European (Middle Ages, Renaissance, Baroque) and Latvian music history  -  papers, presentations at international conferences in Riga, Moscow and Rome. His other major scientific research paper PALESTRINA'S PRINCIPLES OF POLYPHONY AND TRADITIONS OF THE VOCAL POLYPHONIC ERA (Dr. Habil. art, 1990) is held in high regard in the world and was recognized with a medal at the international Palestrina Centre in Rome, Italy in 1993.

Georgs Pelēcis was the first president of the Ancient Music Centre of Riga. The composer has worked in a creative capacity at Oxford (1995, Corpus Christi College) and Cambridge (1997, Gonville and Caius College) Universities. G. Pelēcis has also received compositional commissions from the United Kingdom. His symphonic music for the Roald Dahl story JACK AND THE BEANSTALK was performed in the Royal Albert Hall in London. His works have been performed at the ALTERNATIVA festival in Moscow and at the Lockehhaus festival in Austria as well as at a great number of concert halls of the world. One of his works (NEVERTHELESS) has received choreographic attention in recent years. The ballet troupe DANCE ALLOY performed to this music in its entirely in a performance in Pittsburg (USA, 2000) under the direction of choreographer Mark Taylor.