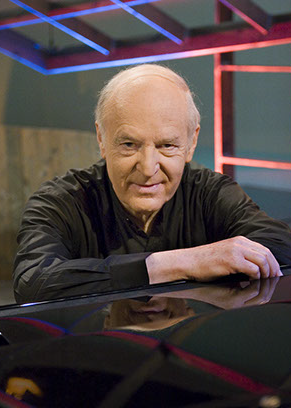 Arie Vardi is one of the greatest pianists of Israel. After winning the Chopin Competition in Israel and the Enescu Competition in Bucharest, he concerted world-wide as a soloist with nearly all major orchestras, amongst others under the direction of Paul Paray, Zubin Mehta, David Zinman and Kurt Masur. His repertoire includes the complete piano concerts of Bach and Mozart as well as the complete works of Debussy and Ravel. Many of his RCA CDs won international awards. Arie Vardi teaches as a professor at the Rubin Academy of Music / Tel Aviv University and since 1987 at the Hochschule für Musik und Theater Hannover (university for music and theatre Hanover). More than thirty of his students won first prices at major international competitions. As a juror, he is active in many important competitions, amongst others in in Bejing, Cleveland, Hamamatsu, Leeds, Milan, Moscow, Munich, Salt Lake City, Santander, Sydney, Tokyo, Vienna and Warsaw. Arie Vardi is the director of the Artur Rubinstein Competition in Tel Aviv.