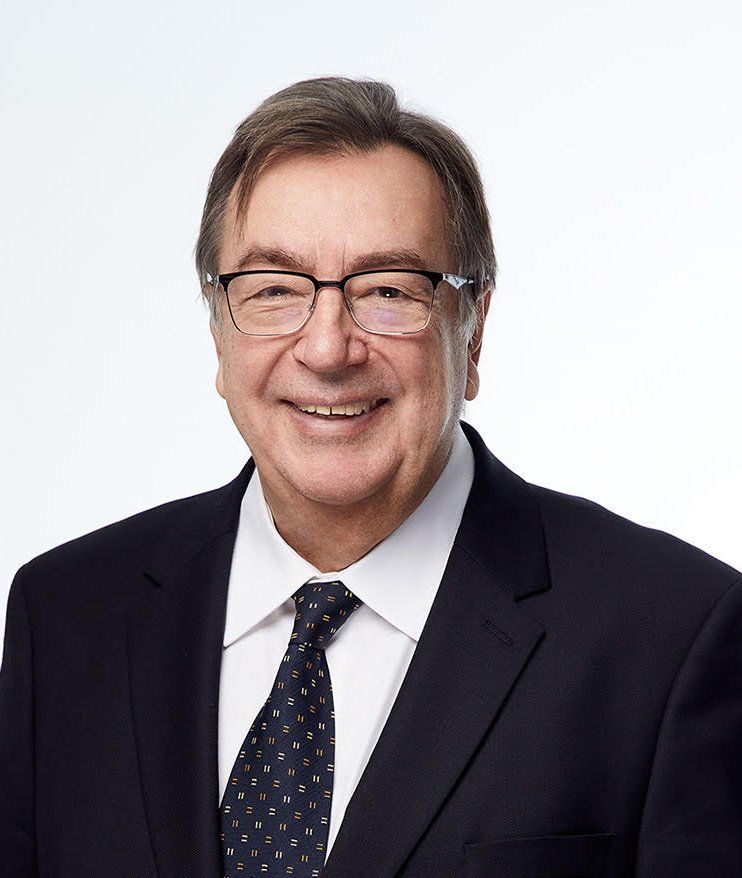 Prize-winner at the International Composition Competition at the Hollybush Festival in New Jersey (1985; 1st prize).

Actively involved in teaching and public music events, conducts masterclasses in the USA, Canada, Germany and other countries and is a jury member at several competitions. Has written critical articles for various music journals. He was composer-in-residence at the Kissinger Sommer festival (Germany) in 1988 and at the Nova Scotia festival (Canada) in 1995.

Since 1977 he has taught at the Composition Division at the Moscow Conservatory (Professor from 1993 and Head of Department from 1997). Member of the Union of Composers of the USSR (subsequently of Russia) since 1973, of which he was Secretary for Work with Artistic Youth in 1985–1990 and of the Council of which he has been Honorary Chair since 2017. From 1993 to 2002 he was a repertoire advisor for the Mariinsky Theatre. In 2002 he established the music festival Youth Academies of Russia. Has been a professor of the Department of Special Composition and Improvisation at the Rimsky-Korsakov St Petersburg State Conservatory, in 2004 he was pro-rector for international relations of the conservatory and from 2005 to 2008 he was rector. Since 2003 he has been Artistic Director of the Moscow State Philharmonic Society. Vice-President of the Authors’ Council of the Russian Authors’ Society (since 2017). Has been a member of the Council of Directors of Channel One Russia.

Composer of the operas Granddad Laughs (1972, based on works by Ivan Krylov), Three Prozorov Sisters (1995), Tsar Nikita and His Forty Daughters (1997), Motya and Savely – Mozart and Salieri (1999), The Three Musketeers (2007), One Day in the Life of Ivan Denisovich (2009), The Legend of the City of Yelets, the Virgin Mary and Tamerlane (2011), The Violist Danilov(2012), Chess King (2016, based on motifs from Zweig’s Schachnovelle) and Yermak (2019), the ballets The Government Inspector (1980), Battleship Potemkin (1986) and The Queen of Spades (1999), the oratorios Towards the Sun (1982, to verse by Tyutchev), On Behalf of the Globe (1983, to verse by Selvinsky), In My Soul (1996, to verse by Vysotsky), Russian Requiem (2005, to verse by Akhmatova, Brodsky, Tyutchev, Yesenin, Blok, Zabolotsky and the text of Psalm 62), A Sovereign Affair (2013, marking four centuries of the House of Romanov), the symphony The Master and Margarita (1985), the symphonic poem Northern Palmyra Nocturnes (1994), Requiem for Khojaly (2012), the musicals The Sinner (2001) and The Life and Incredible Adventures of Oliver Twist (2014), the operetta The Provincial(1997) and concerti for piano, violin, viola, cello, double bass, bassoon, saxophone, string quartets, piano trios, ballad songs, sonatas and suites among numerous other opuses as well as music for cinema, TV films and theatre productions.

Recipient of the City of Moscow Prize for Literature and the Arts (2011), the Dmitry Shostakovich Prize (2011) and the Government of the Russian Federation Prize for Culture (2016).